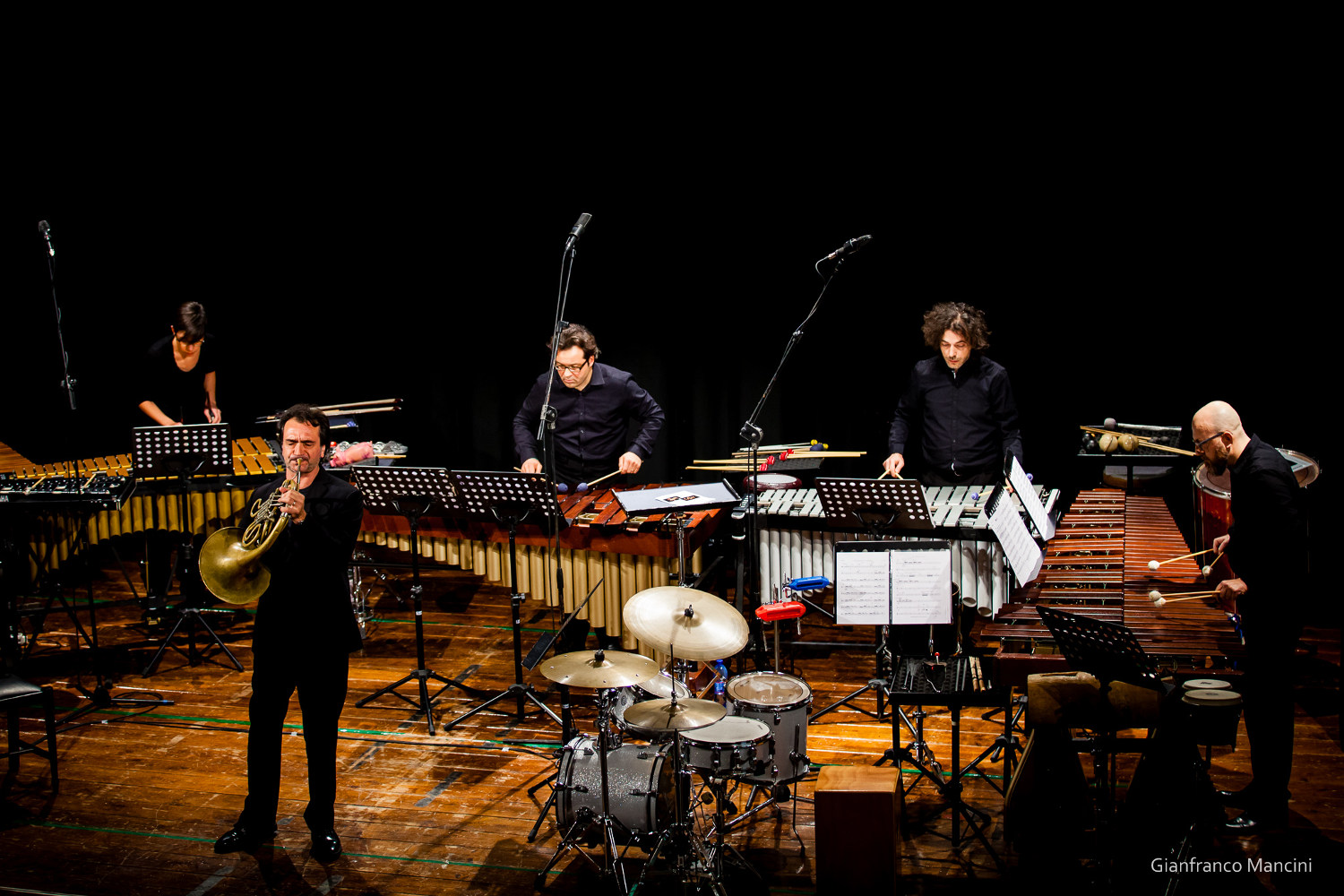 French horn virtuoso Alessio Allegrini is one of Europe’s most sought-after solo and orchestral performers. At 23 years old Alessio won the position of horn soloist at Teatro alla Scala under the direction of Riccardo Muti, and he served it from 1995- 2002. A prize winner of both the Munich Horn and Prague Spring competitions, he made his debut as solo horn with the Berliner Philharmoniker under the baton of Claudio Abbado in 2000. Esteemed for his solo horn performances of the symphonic repertoire, Alessio has worked with many of the world’s pre-eminent conductors, including Carlo Maria Giulini, Pierre Boulez, Daniel Barenboim, Wolfgang Sawallisch, Lorin Maazel, Myung-Whun Chung, Mariss Jansons, Valery Gergiev and Simon Rattle.
Alessio has performed Britten’s Serenade for Tenor, Horn, and strings with Ian Bostridge, Brahm’s Horn Trio with Salvatore Accardo, and the Mozart horn concertos with Orchestra Mozart and Claudio Abbado. His past performances have included appearances with the Bayerischer Rundfunk Orchester, and the orchestras of Teatro alla Scala, La Fenice, Santa Cecilia in Rome, in addition to first horn engagements with the Lucerne Festival Orchestra, the Chamber Orchestra of Europe and Mahler Chamber Orchestra.
Alessio’s discography includes La Grande Fanfare: an album of chamber music with I Solisti della Scala Milano (Tudor Records), DVD recordings of Mahler Symphonies 3, 6, and 7 with the Lucerne Festival Orchestra under the baton of Claudio Abbado.
He appeared in the documentary L’altra voce della Musica following the travel of Claudio Abbado between Havana and Caracas, as well as in the movie Rhythm Is It, featuring the Berliner Philharmoniker and Simon Rattle. His collaboration with Orchestra Mozart and Abbado has culminated in the live recording of the complete Mozart Horn concertos for Deutsche Grammophon, as well as a DVD of Bach’s second Brandenburg concerto.
He is the Founder and Music Director of the Human Rights Orchestra. The mission of this group is to foster a culture of humanism through music, in support of the Universal Declaration of Human Rights. It includes players of major symphony orchestras worldwide and past concerts saw performances at the Festival Sull’Acqua in Colico, at Abbazia of Farfa, in Rome and Fermo.
In May 2010 the HRO conducted by Allegrini has performed with pianist Maria Joao Pires for the 7th International Forum for Human Rights in Lucerne.
He made also his debut at Teatro Lirico in Cagliari conducted a symphonic concert with Wagner and Brahms compositions. Alessio has conducted also many concerts in Yamanouchi, Toyonaka, Nabari and at Osaka’s Symphony Hall.

“Sonata n. 2 in F Major, per horn and strings”Arr. for horn and percussion quartet

FABIO PAGGIORO
Scorrere verso l’alto
This site uses cookies to provide you services in line with your preferences. If you want more information about using and accepting cookies click here.Ok